Today Cato Park is still alive and working its way back to a thriving park. The main trail (Garrison Trail) was cut out by the Parks and Recreation department under department head, Ron Gregory, around 1997. This lead into the grand haunted trail hosted by Parks and Recreation-- among many other holiday themed events the department hosted. In recent years, advocates for the park have chipped in their time and efforts to create a moderately extensive trail system here in Cato Park. Active mountain bikers, trail runners and the like have come together to bring more recreational enjoyment for those of Cato Park.

I’ve had the pleasure to meet with a few of our fellow park ‘advocates’, and the ideas and hard work they have put into this park (mainly our wonderful trails) is outstanding. During one of my conversations with park advocate, Harvey Allen, he stated that these trails began with a few mountain bikers cutting out some trails; himself and fellow mountain biker, Bruce Goldfarb, maintaining what they had built (Goldfarb estimated he actively began ‘trailblazing’ around 2008); then later bringing in Dennis Strawn to map the trails. After the mapping was complete, the Eagle Scouts (one scout being Strawn’s son) came in to assist with marking the trails using a color-coding system around 2013.

During a course walk-through for the “Cato 5-Miler” (Cato’s first trail race) with trail runner and mountain biker, Jason Luyster, he told me some great stories about building a few of the trails we were walking on, and the effort that was truly put into the Cato Trails. As we marked the course, he was always quick to give side-notes such as “I remember when we came through and reinforced this trail two years ago; I helped stack all of those rocks”, which I thought was great, and made me realize how much love and attention our trails receive and no one ever asks for credit. I vividly remember being on one trail and JR (Jason) took off a few yards away to retrieve a trail tool he had hidden for maintenance; we were VERY grateful to have that tool during our trail marking through the thick Fall leaves!

On Earth Day this year, I held a cleanup for the Cato Trails. During this cleanup we really focused on what we all lovingly refer to as the waterfall and cave area, where Mr. Allen pointed out needed some extra love, and noticed the hand-cut/hand-stacked stone wall that lined that creek area that I more than likely would have never paid attention to. It was said the stone was placed there to reinforce the old road that used to run through that area referred to as Charlie Brown’s Hollow. Cato is truly full of hidden gems of history.

When I first began this journey into Cato Park’s History, I never imagined I’d end up with so much information. After doing the research and connecting with so many people, I believe that Henry S. Cato’s wishes for a ‘park for the people’ are alive and well. What happens now? We tell the tales of Cato Park, bring awareness, and make sure Cato stays an active part of the community. 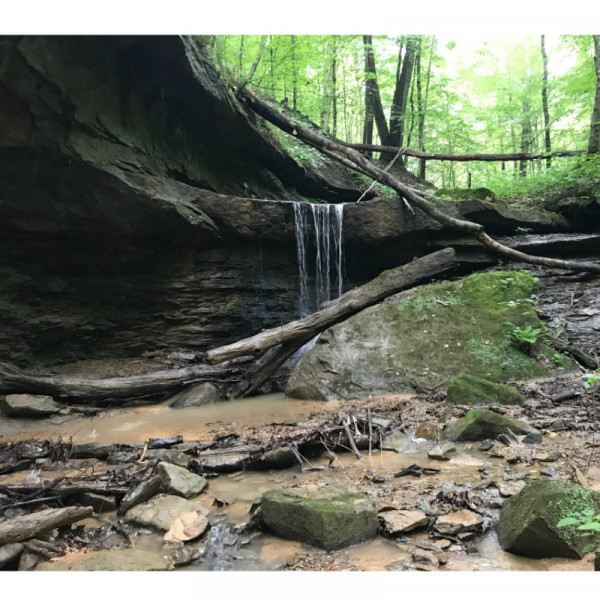